Would you like to switch to the accessible version of this site?

Don't need the accessible version of this site?

As founding veterinarian and managing partner, Dr Hankins has been treating pets at Springhurst Animal Hospital since 1999. He attended Western Kentucky University for his undergraduate work and then obtained his degree in Veterinary Medicine from Tuskegee University. Dr Hankins returned to Kentucky to begin his career as a veterinarian and accomplish his dream of establishing his own practice.

Thanks to his unending compassion for all animals, Springhurst Animal Hospital has celebrated 18 strong years of success and continued growth.

When not working, Dr Hankins enjoys spending time with his family and his own pets. He enjoys traveling, golf, tennis, and anything pertaining to the equine industry. 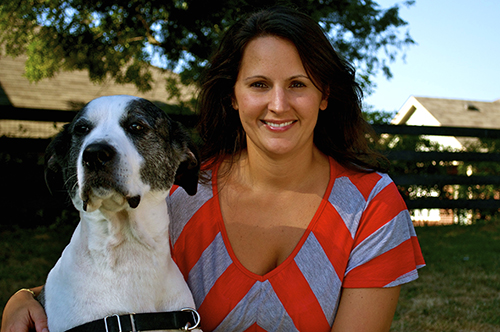 Dr Stello was born and raised in Elkins, WV. She obtained her undergraduate degree from West Virginia University in 1999. She attended the University of Georgia, College of Veterinary Medicine in Athens, GA until 2003. After vet school, she moved to Hollywood, FL and completed a 13 month internship at Hollywood Animal Hospital focusing on medicine, surgery and emergency care. She remained at the practice for three additional years as an associate veterinarian.  She is a certified Free-Free veterinarian.

In 2007, Dr Stello and her husband Derek moved to Kentucky to be closer to family. She started at Springhurst Animal Hospital in the fall of 2007. They have since welcomed their daughter Eliza, and twins, Jet and Marley to the family. Dr Stello is also mom to a St. Bernard mix named Griffen.

Dr Keener has been practicing veterinary medicine since 2000 after graduation from Iowa State University.  She completed a rotating internship in San Diego, California, before moving to Memphis, Tennessee.  She arrived in Louisville in 2002 for a residency in Emergency and Critical Medicine at LVSES, now Blue Pearl.  She stayed on as a senior clinician until joining Springhurst Animal Hospital.  She is a graduate of the International Veterinary Acupuncture Society, a certified veterinary rehabilitation therapist,  has studied with the International Veterinary Academy of Pain Management, and is a certified Free-Free veterinarian.

Dr Keehner focuses on dogs and cats who need pain management. She uses a combination of weight management, medication, physical therapy, laser therapy, and acupuncture.  She is also proficient in ultrasound.

Mary Rauch, our Practice Manager, was born and raised in Louisville, Kentucky. She has been in the veterinary industry now for over 20 years and joined Springhurst Animal Hospital in 2006. She earned her Bachelors of Science in Biology, from the University of Louisville, with a focus in Animal Behavior and Ecology. Mary’s family works with the Louisville Weimaraner Rescue Group. Mary has her own Weimaraner, Layla, and a Russian Tortoise, Natasha. Her hobbies include running, reading, camping, and hiking with her family.

Brittany is originally from Louisville, Kentucky, but just recently moved back from Florida. She joined our reception team in  2016. Brittany rescued her cats, Mombo, from Woodstock Animal Foundation and still works with the no-kill shelter in her spare time; and Henry found on the front porch of a client.

Kylee moved to Louisville in June 2018.  She was born and raised in Illinois, and lived in South Carolina for two years before coming to Louisville.  She previously worked for an animal shelter is still advocates rescue.  She loves spending time with her husband, Jared, and their two crazy cogs, Bailey and Riley.

Michelle, originally from Florida, moved to Kentucky in 1998.  She worked as a veterinary technician for more than 13 years before coming to Springhurst.  She loves spending time with family, friends, crafting and cooking.

Lindsay has been with Springhurst Animal Hospital since January 2009. She graduated from the University of Evansville with a bachelor’s degree in biology. Lindsay then graduated from Purdue University’s Veterinary Technician program with an Associates Degree. She is a registered Veterinary Technician and has been working in the field for 17 years. She and her husband currently reside in Southern Indiana with their two dogs and two cats.

Naomy joined Springhurst Animal Hospital in 2016. The secret to life is doing what you love, and Naomy is doing just that! She loves her job as a Certified Veterinary Technician because she gives all animals the love and care they deserve. Shortly after graduating high school in California, Naomy moved to Louisville to pursue a career she had once dreamed of. She received her associate’s degree of Applied Science in Veterinary Technology in March 2016. Naomy is passionate about her job, speaks fluent Spanish, and enjoys the rewarding satisfaction of helping all animals. Her heart belongs to her fur babies at home; Copper the Basset/Beagle and Cali the Pit Bull mix.

Shelby has been at Springhurst Animal Hospital since 2008. She started as a Kennel Assistant and transitioned into a Veterinary Technician. Shelby has a labradoodle named Lucy and a chocolate lab named Pippa. In her spare time, she enjoys playing tennis.

Ashley was born and raised in Louisville, Kentucky.  She joined our team as a Veterinary Technician, in February 2017.  She truly loves working in the animal industry and has over seven years of experience in the field.  In her spare time, she enjoys spending time with her family, friends, and relaxing with her fur babies.

Kate, originally from Norwich, Connecticut, moved to Kentucky when she was 19.  She joined Springhurst Animal Hospital in 2018 with a 12 year career as a Veterinary Technician.  She and her husband have three cats and a dog and enjoy traveling to different beaches.

Tasha is from Lawrenceburg, Kentucky and loves her work.  She has two young sons and a mini zoo including six dogs and one gecko.

Find us on the map